The Freedom of Expression Awards celebrate the world’s most remarkable fighters for free expression. This week we are spotlighting the shortlisted nominees in the campaigning category

Rechts gegen Rechts (Nazis against Nazis) is an initiative set up in 2014 in Wunsiedel, Germany, to peacefully counter an annual neo-Nazi march through the streets of the small town. It arranged for money to be donated to an anti-extremism charity for every metre that the marchers walked, so that the neo-Nazis were effectively marching against themselves. 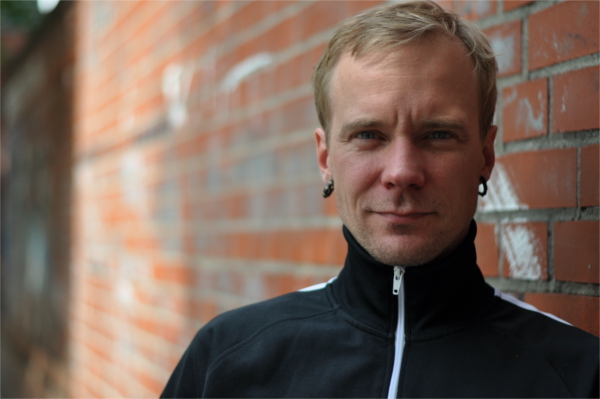 The campaign was started by Zentrum Demokratische Kultur‘s Exit Germany project, which seeks to support extremists looking to exit the movement.

“For 15 years we have been fighting for funding to support Exit Germany’s programmes”, Fabian Wichmann of ZDK said. Wichmann cited funding as a key issue but also highlighted the difficulties of reintegrating former neo-Nazis.

Wunsiedel was the burial place of Hitler’s deputy Rudolf Hess, prompting far-right pilgrimages on every anniversary of Hess’s death since he committed suicide on 15 November 1987. Despite opposition from the townspeople, the marchers returned every year, even after Hess’s bones were exhumed and cremated on his family’s request.

Throughout Germany, far-right marches often lead to violent clashes with leftist groups – for example, 700 right- and left-wing extremists were arrested after a 2012 march in Hamburg. The government’s attempts to block far-right groups from marching – as happened in Wunsiedel in 2005 – have been criticised as being restrictive of free speech.

The Rechts gegen Rechts campaign organisers proposed a new approach, which was both non-violent and accommodating of the marchers’ rights to free expression. Using funds donated by local residents and businesses, it sponsored the neo-Nazi marchers €10 for every metre that they walked. The total sum of €10,000 – plus money raised during the march – was given to Exit Germany, a charity which rehabilitates neo-Nazi defectors.

The demonstrators were oblivious to the fundraiser until they began the march, in which they stepped across painted messages in the road which told them how much money they had raised so far. Motivational banners were also placed along the route. One played on the Hitler Youth motto, reading: “Swift as a greyhound, tough as leather, and generous as never before”.

In an imitation of conventional walkathons, a banana stall offered nutrition to the 300 marchers under a banner reading ‘Mein Mampf’ (‘my snack’). At the finish line, the far-right marchers were showered with confetti and given a certificate outlining where the money they inadvertently raised had been directed.

Exit Germany, who helped organise Rechts gegen Rechts, was founded to give help to people trying to leave extremist groups, but who worry about losing their support structure, or fear retaliatory action. Its innovative work in Wunsiedel aimed not only to raise funds, but also to raise awareness among the marchers themselves that defection was possible.

“It’s a big honour for us to know that we were on the Index shortlist. For 15 years we are fighting for dignity, for free speech for people”, Wichmann said.